And as the students left, the comfort of that situation, the way I could flex, and give and move with such a natural ease in that class…it didn’t leave.  It’s still here with me.

In 23 years of teaching, I know this kind of lasting, lingering joy is rare.

Of course, just because I like it doesn’t mean that’s why we should teach design and design thinking.  So I started thinking, again, about why I’d finally found this glove, this perfect fit.  And I came back, again, to seeing design as the perfect method for integrating a curriculum model I’d always felt (as have many) is simply too disconnected and siloed,  too modeled on the teachers as a sage and the student as a receptacle.

So the feeling, of the glove, the completeness, the “fit”?  It’s really all about an energy growing from the fact that my philosophy of education, my practice/pedagogy, and my personality have finally found each other for longer than a day or a week.  Maybe they’ve gotten married.  I don’t know, but here’s the answer to why design can do this… This isn’t just engagement.  That’s easy for any terrific storyteller, which most “good teachers” are.  But storytelling is still a power play on the teacher’s part.  Sure, telling a good story about the War of 1812 or how Jefferson vs Adams campaign was about as nasty as it could get in American Politics?  That’s fun, and done well it’s a wonderful thing to watch.  Moreover, a well-told story is a meme, a viral vehicle for information transfer.  We are, after all, storytelling animals.  But just sitting and watching, even if the storyteller has a cool Powerpoint with few words and lot’s of pictures…it’s still just consumption, a passive act on the learner’s part, mostly.  Let’s be serious, not all teachers are TED talkers.  (Though, as a speech and debate coach, I think we could get better at it.)

No, design goes beyond mere engagement.  It empowers students to discover and make.  It recognizes their agency as individual learners and human beings capable of more than sitting.  While not mutually exclusive with lecture, design is a method that actually asks students to do something more than consume information and is a better use of student time than lecture, regardless of how exciting the lecturer may be.

Richard Buchanan, in his seminal article “Wicked Problems in Design Thinking,” notes that “all men and women require a liberal art of design to live well in the complexity of the framework based in signs, things, actions, and thoughts.”  Sure they do, but why?

I have been teaching since 1992.   At least once in every single one of those years, I’ve encountered opinion pieces, editorials, and textbooks decrying the manner in which our system of education segregates knowledge into separate disciplines (“silos” in the common parlance), a practice with a purportedly negative impact on cognitive development.

I’d argue that the impact is more strongly on a student’s perception of how knowledge actually exists in the world.  Leonardo da Vinci was correct to claim that everything is connected to everything else, and yet there’s actually very little in a public school that reinforces that truism.  Even if, for efficiency’s sake, it is easier to teach in discipline focused classrooms, one would think that, for reality’s sake, the system would create classes in which students had to apply knowledge in an integrative fashion, drawing from their different silos and connecting knowledge and skills towards a purposeful end.

I’ve seen little evidence that such classes are the norm in schools around the country. Perhaps one reason these classes remain outliers is that creating a curriculum for them would be much more difficult than focusing on, say, a more linear curriculum model like History or Math class.  In a class that integrates knowledge from varied silos, linearity can’t be used as a foundation.  Instead, such a class would have to rely on organic, iterative foundations–perhaps project based, perhaps challenge based–that allow for exploration, uncertainty, ambiguity, false starts, failures, and restarts–the very traits that most adults have to deal with most every day, especially when we navigate our way through new projects or venture off on new fields of employment.

A class in which design-based methods are used to find and solve real-world problems can fill that gap.  In fact, the Design Thinking models championed by IDEO, DEEPdt, Maya and the Luma Institute, and countless other firms, schools, etc. are all heuristics–methods “enabling a person to discover or learn something for themselves” (Google definition).  Thus, a class in which the study and employment of Design Thinking take center stage would not only integrate the knowledge our system of education has rent asunder but in doing so would reaffirm that we value a truly liberal (broad) education for the manner in which it helps us see connections.

Part of the author’s mindmap of “Only Connect: The Goals of a Liberal Education”

Furthermore, if it is true, as Professor William Cronon claims in his essay “Only Connect: The Goals of a Liberal Education“, that a liberal education “nurtures human freedom in the service of human community” then a well run, design-based class is crucial to the very type of education we believe is best.  It would help students learn how to learn for themselves, engage them in a curriculum largely driven by their own questions and interests, and empower them to exercise their freedom to learn through creation in the service of communities both near and far.

Beyond its ability to cover and connect vast swaths of curricula, Design moves students to consider not only how their creations–designed “with” users, not simply “for” them–best solve a problem, but also how their solutions will exist in the world.  Any such consideration would have to encompass a deep understanding of the humans at the center of the design, the scope and cause of their problem, and the manner in which a designed solution is enacted.  Thus, all designers, in seeking to make the world better, ought to necessarily consider the ethical implications of their proposed solutions.  (Here’s a great article on this topic.)

Consider, then, the impact a design-based class would make on students.  It would have to be driven by the same two questions that drive designers around the world:  “Why are things the way they are?  How can I/we make them better?”  The first question drives student inquiry.  Thus, any class in which design drives the learning would engage students in deep, inquiry-based learning as the students worked to understand the human beings at the center of their design challenge and the nature of their problem. Certainly, all parents would agree that any class in which students are engaged in research at both the academic and ethnographic level would be a class well worth their child’s time.

But the second question, “How can I/we make it better?”, is a question that empowers and affirms students’ power as agents of change, a power they too often feel they do not have in a system that forces them to sit down and learn in more or less passive ways.  In considering that second question, students would have to design solutions that not only work to make the world better but which, in doing so, do not have unintended consequences–they must create solutions that do not create problems

No human being, or rather, no human being who’s not being coerced by threats, blackmail, imprisonment, or grades does something if it doesn’t meet one of our five basic needs for Love, Power, Freedom, Fun, or Survival (these from the work of William Glasser in his books The Quality School and The Quality School Teacher).  Fun ought to be an end for all teachers.  If learning isn’t fun, then we’re doing something wrong.

I don’t mean that school has to be entertaining.  That’s different because entertainment can be cheap and easy. In Glasser’s usage, “fun” is associated with joy, and joy is an effervescent, existential state where our true nature as human beings rises bubbling to the top and moves us to strange, inexplicable states of happiness.  And joy ought to have a place in any classroom.  Or, as one of my 7th graders once said after thinking about our discussion of joy, “it’s like all WOW! inside.”Design in the classroom is that way.  “It’s all wow” as students come to learn in ways at once so natural and (at least for now) so different than what they’ve been used to. In a classroom where a design ethos drives the lessons, where students are empowered to explore and fulfill the promise of their own highest talents…in such a classroom “joy” would be par for the course. 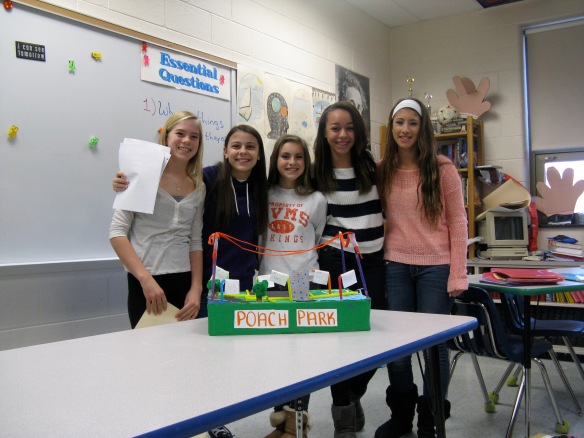 By combining research to build understanding for the user with creative play, artistic production, and collaborative discovery, design unleashes joy in education and returns us to ourselves as thinkers, players, and makers (homo sapiens, homo ludens, and homo faber).  This is truly an incarnation of A New Culture of Learning that Douglas Thomas and John Seeley Brown describe in their book, and proof of the Third Culture claim for design made by Nigel Cross in his seminal article, “Designerly Ways of Knowing.”

In the end, the greatest claims in answer to the titular question are that a class in design would help balance the civic, personal, and economic ends of our system of public education by focusing the curriculum on real-world problems instead of contrived simulations with predetermined ends.

Additionally, if we want to do more than talk about teaching the “Whole Child,” then we ought to recognize that can’t be done merely though thinking, which it would seem is the sole purpose of modern school…to turn each and every child into a perfect, monadic model of Rodin’s sculpture, reinforcing the Cartesian schism of mind and body.  No, we must connect that thinking to tangible, purposeful action in the world.  That is, we must connect thinking with doing/making if we are to help learners realize the true nature of their being.

But finally, there’s this… 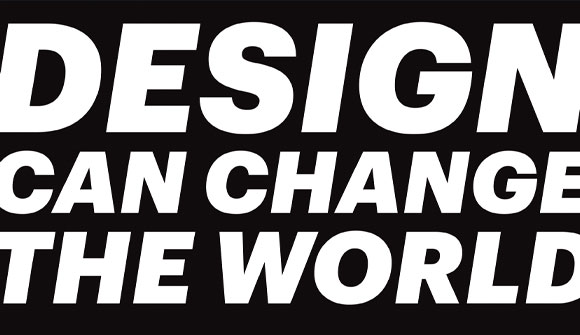 Look around.   Why would we want anything less for our children?

7 thoughts on “Why Design?”