I’ve been reading this morning an incredible overview of bell hooks’ book, Teaching to Transgress. (Huge thank you to Chris McNutt at The Human Restoration Project (HRP)).  hooks should be required reading for all educators, for she persuasively reveals why structures that empower all students are crucial to the continued pursuit of education as a human endeavor in freedom and liberation, and, even more important, to our democracy itself.

The Human Restoration Project’s review of Teaching to Transgress summarizes part of hooks’ challenge to her readers as a call to change the system of education itself:  “To change education means to rebel against prevailing notions of what education means — to dismiss grading as an inauthentic means of communicating standing, to challenge content relevance and usage, to reinvigorate pedagogy that puts learning in the hands of students beyond faux choice, to create communities of compassion and tolerance by enlightening the prevailing oppressive narrative. ”

I have no problem with the understanding that content itself is important.  One cannot think creatively and critically if one has no knowledge to turn over, probe, question.  However, when students remain mere vessels to be filled and there are no structures to A) actuate the knowledge they attain  in uncertain, ambiguous scenarios, and B) question the nature and origin of that knowledge to begin with, we are in danger of falling into the type of passive and compliant schools we seek to escape with our rhetoric of student-centered/learner-centered-ness.  Mere lip service to these goals only perpetuates “the oppressive narrative.” 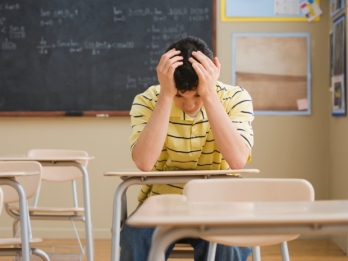 Many schools are beginning to shift their narratives to more learner-centered methods.  My own district’s shifts to #pvempowers and #pvsddoschooldifferent are a start in moving away from the oppressive narratives.   But they and all such efforts are mere digital rhetoric if we do not act within the spaces those terms create to truly honor the curiosity and voice of all learners.

The second question, “How can we make them better?,”  speaks to something we need to recognize more, and to which bell hooks is directly speaking:  agency.  All humans have agency, but schools, in the name of efficiency and normative measures, serve as obstacles to students exercise of that agency.  And as all learning initiates in questions, the greatest obstacle the system presents is the lack of student questioning.

As a debate coach of 27 years, student questioning was central to my practice with the team and in my classroom.  But for most of those years, my classroom students’ questions were based upon free-form generation, tapping into their natural curiosity.  Then, about a decade ago, I discovered the Right Question Institute and their Question Formulation Technique.  The Right Question Institute tags itself as a “Catalyst for Microdemocracy” and it founds that democratic action in questions.

Little I’ve done in over 25 years in the classroom has the impact of the QFT.  It is built with simplicity and rigor and it delivers on both areas.  However, one should not believe this is as easy as, “Just let them ask questions.”   Its simplicity is deceptive, and any teacher employing the QFT needs to prepare and establish consistency for the technique to work.

While I’ve spoken mostly of the benefits of the QFT to students, make no mistake, the most crucial change the process brings about is within us, the “educators.”  In American public education, we are engaged in the creation of a liberally educated populous.  The word, “liberal,” however has acquired such a political charge that many turn away before understanding the history of the word itself.  Professor William Cronon does such justice to this adjective that I defer here to his brilliant words from the essay, “Only Connect,” which gives this blog its name.

The worn but valid metaphor, then, is that educators are gardeners, nurturers of freedom and growth, for whom a liberal education is not a tool of some leftist conspiracy driven by trigger words like “social justice” and “white privilege” but rather is the very basis for all the benefits of this, the world’s longest experiment in self-rule.  Thus, education is about liberation, about freedom, about empowering people to take charge of their lives rather than live them as dictated by others.  In other words, it is about questioning our educational systems, our roles in them, our part in forming them, and about narrating our own way out of the oppressive narratives of those self-same systems.

What the Right Question Institute and their Question Formulation Technique get so right is the power of questions within democratic structures.  They are not merely methods through which to learn information.  Questions are the main tool of growth, liberation, and freedom.  They probe for information to better inform the polity.  They expose corruption, unmask deception, and hold power accountable.

Could anything be more important in our wickedly complex world?