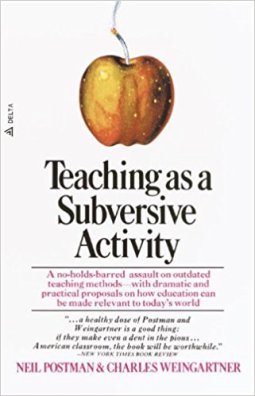 So my district is talking about “doing school different.”  Sorry, but haven’t many schools been talking (or avoiding talking) about it for long enough?

There’s plenty of reason to stop talking about it and start doing it, and most of the reasons stem all the way back to Postman and Weingartner, if not  John Dewey himself.  But then there’s this blog post, the first lines of which are chilling:  “We’re not helping kids…we’re actually imperiling them!”  If this is true, and I tend to think, given all the voices in this direction, that it is, how much time can we waste?  How much of my own children’s time is being lost to outdated, outmoded, never-more-than-compliance-seeking methods of learning?  This isn’t just about my district doing school different…this is about every school.  You can call me an evangelist…fine.  I’ll be evangelical if that’s what it takes to make sure my own children and those children I serve are provided with a thought-ful classroom.  And if that means I’m called on the carpet…then fine, because I refuse to be complicit in a thought-crime.  If my refusal paints me as crazy…then I’ll accept that.  “Here’s to the crazy ones/the misfits, the rebels/the round-pegs in the square holes/the ones who see things differently….about the only thing you can’t do is ignore them./Because they change things.”

I know the following reeks of clickbait, but the article’s title is:

“Traditional School Imperils Kids; They Need to Be Innovators”

As well, the title implies an agenda (creating business-world ready “innovators”).  But don’t make me a Cassandra.  Too many people are shouting the same prophecies.  We need to change how we are doing.  (Emerson said as much: “A foolish consistency is the Hobgoblin of little minds.”)

But it’s frightening, right?  Change is frightening.  We talked about this in my 10th grade classes yesterday.  It’s frightening because it carries with it a sense of loss–loss of the story we’ve been telling ourselves (and others) about who we are for so long.  The fear is deep, existential; we try to bury the fear, ignore it…but it doesn’t go away. It eats at us and for most of us…we just retreat further and further into what we know, seeking ever-shrinking security from a future of change that looms ever larger.
The same is true for institutions.  And SCHOOL is an institution. 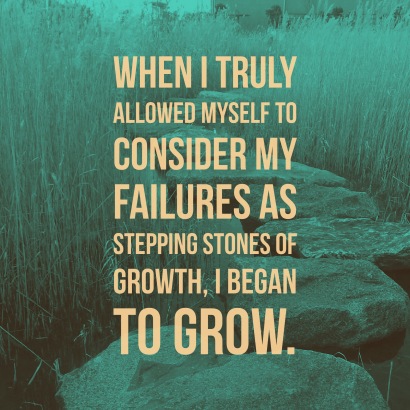 From Mary and Cali Ragland

Last year I worked with twin girls in an independent study where they sought to bring more curiosity and student inquiry into the classroom.  One of those girls, Cali, wrote a brilliant blog post this summer about how she experienced the institution of school, about how it distorted her sense of self and robbed her of her health. Sure…there is opportunity and good that comes from “doing school,”  but the results of a cursory cost-benefits analysis are clear.   If the lives of students are not reason enough for teachers to question their practice and make substantive changes, then I would unapologetically argue that those teachers are part of a system whose leaders need to be replaced, for both the leaders and the teachers who refuse to or are not actively seeking out change are imperiling the lives and livelihoods of the children in their classroom.

And sure, the Institution offers a pretense of change.  It has catchphrases, it goes through the motions of “change.”  But are enough of our institutions of schooling doing so?  And more important, are they doing so quickly enough?  I don’t see it. But the rocks are starting to roll thanks to people and organizations like Ken Robinson, Will Richardson and Bruce Dixon,Grant Lichtman,Education Reimagined,certainly Don Wettrick (see the Twitter Thread below) and countless others.

If you ask fifty people that question, you’d get fifty different answers
Numerous newspaper and television reports as well as movie-length documentaries have highlighted the underperformance of the American public school system pic.twitter.com/G0x2DVLmDJ

We can do better, we can be better, we must be better.  Otherwise, we, as individuals and institutions, become like Holden Caulfield of The Catcher in the Rye— stagnant, depressed (and depressing) creatures trying so desperately to hold on to our past that we rob ourselves of the opportunity to grow into larger, more genuine and healthy senses of ourselves.